Some of our posts may have affiliate links including this one. That means if you make a purchase I may get a commission (at no extra cost for you). To find out more about it read our Disclosure page

In this review of Pundi X and NPXS you will learn:

The Pundi X team behind NPXS wants to make it as easy to buy and sell cryptocurrencies as buying a bottle of water.

And they’ve taken that approach literally by wanting to put their XPOS (Point of Sale) devices in every corner around the world.

Ever since their launch in 2017 the Singapore HQ based team has been busy bringing cryptocurrencies to the world.

The cryptocurrency startup launched in Indonesia with a key aim of bringing financial inclusion to parts of the world where parts of, or the entire population is nearly unbanked today, with the power of blockchain and cryptocurrencies.

And in the heart of all this lies their cryptocurrency called NPXS (formerly PXS).

This is how it works

The XPOS is comprised of 2 parts, 1 being the merchant, and 1 being the user. Furthermore, there are XPASS cards.

Which are physical cards used to keep the balance of a users cryptocurrencies (basically a wallet) and used when paying for anything on the XPOS devices, or at any other shop or store that accepts cryptocurrencies.

Whether that’s physical brick and mortar shops or eCommerce shops.

The NPXS is the core token used in the Pundi X ecosystem, and their XPOS devices (physical payment devices).

It basically the fluid or gas that keeps the ecosystem going. And every time something triggers the use of the token it basically means that part of the total supply of NPXS tokens will be burned.

Today the total supply is 274 billion tokens. And this is a finite number. The meaning of tokens is being taken out of existence it should have a positive effect on the price and value of the remaining tokens.

The burning effect will in the long-term create an interesting potential for the future Pundi X price. 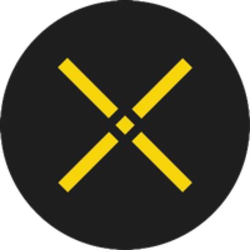 For the Pundi X merchants

The current technologies that exist in the ecosystem are:

Find out more about how you can order an XPOS device here and accept cryptocurrency payments.

Not only has the team been active in shipping XPOS devices around the world, creating a whole new blockchain, one of the world’s first blockchain phones, but they have also secured some very promising partnerships along the way.

AMCHAM Korea and Pundi X has signed a strategic partnership. To promote the use of their XPOS devices around Korea.

Ebooc will provide several other applications for consumers such as making retail payments; paying for government services, fees, and fines; utilities and bills; telecommunication bills and school fees on POS devices running a stable, digital equivalent of traditional fiat currencies in the region.

There is a deal between them and NEM to partner up. (Deal to deploy additional 20k XPOS units)

A commitment to use NEM’s blockchain technology to produce 20,000 of the world’s first NEM-based POS terminals, called NEM XPOS.

Ubivelox has become an international innovator in the development of smart cards, mobile communications, and blockchain (ranked 6th largest in the world).

Ubivelox will work together on XPOS and XPASS technology development, security, and market deployment, which will not only facilitate the promotion and accelerate the growth in global markets

Pundi X has recently announced that it is working with Cambodia’s Smart City.

This is a really exciting project as it gives the XPOS solution another dimension and demonstrates how the XPOS can play a part in a Smart City ecosystem. The project is still in very early stages and what we are looking to do is to start putting down the basic framework and get this going in Cambodia in a smaller scale to start getting learnings. We are targeting to get this kick off very soon in coming weeks.

Busy times for the team

Fast forward to 2019 and the team has been very busy shipping XPOS devices around the world, signing new partnerships but also created a whole new blockchain, called Function X (fx).

The team wants to move away from the Ethereum blockchain to their own blockchain. Which will then be the underlying technology supporting the NPXS token amongst other use cases.

So right now token holders have the option swap their NPXS’s for Function X tokens. Many token holders are finding it difficult to advise themselves if swapping between the two is worth it.

No matter which one you chose to keep or invest in, you’ll find out that the Pundi X team is one of the more ambitious crypto startups.

Have a look at our interview with Soohan from the team here. Where we asked Soohan about his role, their current partnerships, the new FX token and including questions from the Pundi X Reddit community.

The Pundi X team has also recently secured CE (Conformité Européenne) tests and received the certification. Which is hugely important for their continued growth in Europe for example.

“This is integral step towards proceeding our commercial shipment in Europe.CE certification verifies that our device is compliant with EU requirements essential for entering European Economic Area markets in areas such as wireless, electromagnetic compatibility, health, safety and environmental protection standards”

Why NPXS is worth investing in:

We really like this exciting crypto and blockchain startup. At the core, we have a hardworking team, with a clear use case of their token. It just works.

It’s a great idea and the supporting technology behind it seems easy to use. When you learn about the fact that cryptocurrencies could bring financial inclusions to parts of the world when hundreds of millions of people are today unbanked, then you realise how far this cryptocurrency could go.

With the potential for mass adoption and usage across the world, the future Pundi X price has nowhere to go but up.

And they’ve also nailed one of the most important things. Being super easy to use and understand.

You could tell any of your friends in a minute or two and they’ll get it. That goes a far way in the cryptocurrency world where most things are hard to grasp, and far too complex to understand for everyday people.

Hello and welcome to Go Cryptowise.

My name is Per Englund and I’m a long-term fan and investor and trader of Bitcoin and other cryptocurrencies. I caught the attention of Bitcoin like many other several years ago, but it was first around 2016/2017 that I truly got into cryptocurrencies and blockchain technology.

I have since traded, bought, researched and learnt about this new emerging space to the fullest. When not producing crypto-content I create and design new products and businesses. And I want to combine my business experience with my passion to create meaningful content for all our readers.

And I am bringing this vision to my writing and how Go CryptoWise work.
Connect with me on LinkedIn. Ask me anything on here.

Get in touch with me to find out more about Go CryptoWise and what we care about.

What is Proof of Stake? Complete guide to staking coins

Added to wishlistRemoved from wishlist 10

Added to wishlistRemoved from wishlist 1

Added to wishlistRemoved from wishlist 2

Get our free Bitcoin investing ebook

Get 35% welcome bonus with PrimeXBT

Nothing written or shared by Go CryptoWise should be taken as an encouragement of trading, buying or selling. You should always consult an advisor if you seek that type of consultation.