Home » Guide » What is a Cryptocurrency?

What is a Cryptocurrency?

You might have heard about either cryptocurrencies, blockchain or Bitcoin from colleagues at work, read about it in the papers or recommended to you by a tech-friendly relative.

Maybe you were one of the millions of people around the world that became envious when you read about how early investors of Bitcoin could see their investment go from just a few cents to over $20,000 per Bitcoin.

That was an incredible rise. Let us explore why the technology behind Bitcoin and thousands of other cryptocurrencies is so special.

In this guide, we will break it down for you in an easy way. And at the end of this guide, you will have a wide enough grasp of cryptocurrencies.

In this guide to cryptocurrencies you will learn:

Cryptocurrencies are digital currencies (digital assets) created on the blockchain or another digital ledger technology. They are based on cryptography and they are designed to be decentralised. That means that no one owns or controls them.

Which is, for example, different from Fiat currencies that are controlled by national governments.

Bitcoin, was first released as open-source software in 2009. It is generally considered the first-ever cryptocurrency. Since the release of bitcoin, over 4,000 other cryptocurrencies have been created.

“Bitcoin is a remarkable cryptographic achievement and the ability to create something that is not duplicable in the digital world has enormous value.”

Bitcoin: The beginning of a new digital currency universe

Bitcoin is the first cryptocurrency ever created and also heralded the start of a new, exciting digital age. Created by an unknown mysterious figure known only as Satoshi Nakamoto it was created as an answer to the global financial crisis in 2008 and the result of emerging digital technologies.

Bitcoin is built on a technology known as the blockchain. The blockchain is a super exciting new technology that is currently taking the world by storm. Almost every industry is going to be transformed or affected by this new technology in one way or another.

To really understand its potential, imagine a decentralised world where all the applications we need in our lives are running on smart digital technology, which removes unnecessary middlemen and work through smart automated technologies.

Blockchain is the technology behind cryptocurrencies

The technology known as blockchain is what most of the world’s cryptocurrencies are built on. To summarise briefly what the blockchain is, we have taken this paragraph from another Go Cryptowise article:

“Blockchain is a decentralised and distributed record of transactions, that is shared across a network. This means it’s not owned or controlled by one entity. Every transactions is put onto a block of data. And each block of transactions has a record of the previous blocks, forming a chain of blocks. This makes all the information shared on the blockchain transparent, immutable and trusted”.

In the blockchain model, new blocks of transactions are added to this decentralised ledger, and every new block contains information of all previous blocks.

Thus creating an immutable and continuous record of past transactions. Each block holds the data from previous transactions which is cryptographically coded, known as hashes, designed to create a secure and tamper-proof database record.

What each block contains:

Why blockchain is amazing

To find out more about what the blockchain is and how it works visit this guide here below.

This is how cryptocurrencies work

A cryptocurrency or a virtual currency is something that only exists digitally. It only lives on the network that it is running on.

Cryptocurrencies were created to solve the problem of double-spending, which is a potential flaw with digital currencies, where the same digital coin/token can be spent more than once.

If people could just copy the digital currencies and spend them endlessly, it would cause inflation and bring down the entire system.

As we have mentioned, Bitcoin was the first-ever cryptocurrency and it works on a so-called Proof of Work mechanic.

That means that people around the world can perform a computational task known as mining to solve complex digital algorithms. In return for their work, they get rewarded with Bitcoins (or parts of Bitcoins). This mining process validates new transactions that are later on added to the blockchain forever.

At the beginning of Bitcoin’s time, anyone with a personal computer could get started mining it. But since then it quickly grew very popular, and people started using better tech to mine faster and increase their rewards.

Today, no one is really using their personal computers at home to mine Bitcoin, but specialised mining rigs are used. And anything else won’t be able to compete.

But this mechanic, known as Proof of Work (PoW,) is a so-called ‘consensus model’ in the blockchain and cryptocurrency world. For a long time it was the only model existing, but today there are new additions known as Proof of Stake, and Proof of Authority.

Proof of Stake or PoS, is a method used to secure a blockchain network and validate the transactions on it. Without it, the blockchain wouldn’t be able to function.

With PoS the owners of the cryptocurrencies running on that blockchain stake their coins and those coins are used to validate transactions and create new blocks.

Proof of Authority is a similar type of Proof of Stake blockchain method to Proof of Stake. With PoA only certain nodes are allowed to validate new blocks. Known as Authority nodes.

So instead of the focus and priority given to nodes and holders with more cryptocurrency staked (PoS), they give priority to pre-selected validators.

To read the full guide on what Proof of Stake and Proof of Authority is click here.

There are thousands of different cryptocurrencies

The most well-known cryptocurrency in the world is of course Bitcoin! And yes to your question: are there more cryptocurrencies than Bitcoin?

In fact, there are more than a thousand different cryptocurrencies in the world as we speak. But they are far from the same, and they all provide different use cases and purposes.

Altcoins – the many other cryptocurrencies than Bitcoin

Did you know that other cryptocurrencies besides Bitcoin are often called “Altcoins“? Which basically means alternative coins to Bitcoin.

There are also different classes of cryptocurrencies

Cryptocurrencies can be broadly classified into a few different categories. At first, we have Bitcoin vs Altcoins:

But then we also have another type of category definition which is Tokens vs Coins:

To find out more about Bitcoin, Altcoins and tokens visit our guide on the different types of cryptocurrencies. We have grabbed a snippet from it here below.

Beyond that there are also different types of cryptocurrency assets:

Interesting future use cases for cryptocurrencies

Then there are smart contract cryptocurrencies like Ethereum, VeChain and Neo.

And beyond that we have a whole range of different cryptocurrencies running off different types of blockchain supporting new products and industries like E-Sports, supply chain industry, banking, insurance, casinos and so much more.

The potential of cryptocurrencies is almost limitless.

Cryptocurrencies and Bitcoin are dividing the world

It seems at times that people can be grouped into two camps.

One the one hand, we’ve got famous investors, brilliant tech and seasoned financial experts people like Warren Buffet, Bill Gates, Mark Cairney talking down Bitcoin and cryptocurrencies as harshly as they can:

“‘(It is) rat poison squared’ and trading Bitcoin ‘something like dementia'”

“Bitcoin is a sort of tulip. It’s an instrument of speculation but certainly not a currency and we don’t see it as a threat to central bank policy.”

And then on the other side you’ve got people from similar backgrounds promoting this new technology and standing behind it as firmly as they can:

“Bitcoin is the beginning of something great: a currency without a government, something necessary and imperative.”

Are cryptocurrencies a smart investment?

So maybe one of the most important questions you could ask yourself after reading this guide and researching about cryptocurrencies is, are they a smart investment or not?

Well, as with any investment it is crucial for you to do your own research and truly understand what you’re investing in before throwing all your money in.

You should be more comfortable by now, knowing what cryptocurrencies are, and how they work. But you another important question you need to be able to answer is, are they worth investing in?

But this new emerging technology brings with it an exciting investment opportunity, and here’s why:

Our recommended exchanges to buy cryptocurrencies at

It’s a bit trickier than perhaps other types of investments, but don’t worry we have created the perfect guide for you to get started here below.

It will give you our best and most popular tips, a rundown of the common mistakes to avoid and suggestions from the crypto community. Making your first cryptocurrency investments a bit smarter.

The steps to invest in cryptocurrencies are essentially this though: 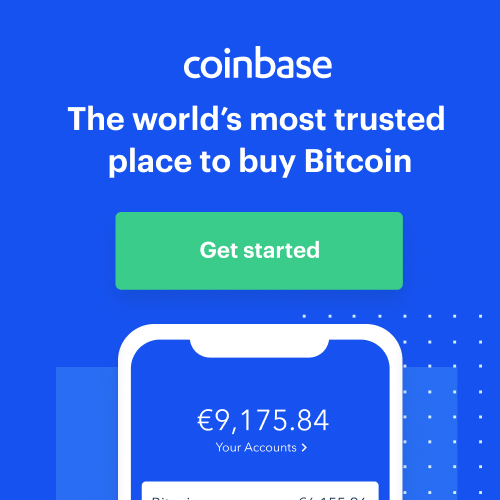 We hoped you enjoyed this guide to cryptocurrencies. And that this has answered some of your questions, like:

If you ever are unsure about something then either leave a comment here below or get in touch with us here.

Related Articles
We will be happy to hear your thoughts